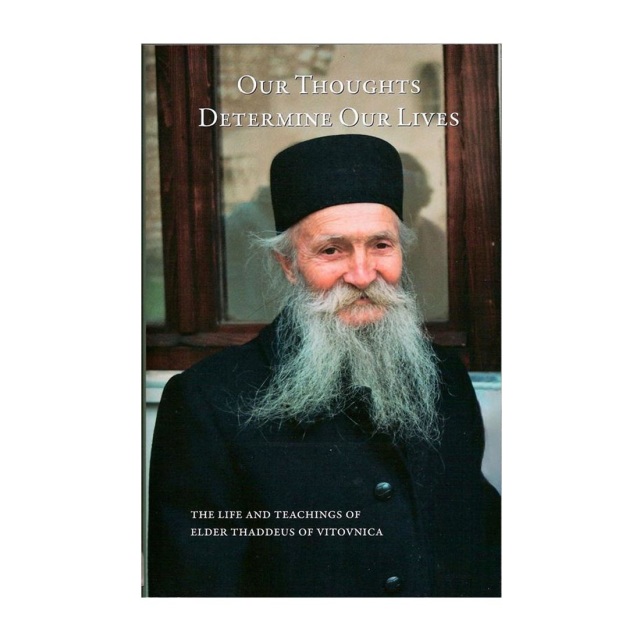 Our Thoughts Determine Our Lives: The Life and Teachings of Elder Thaddeus of Vitovnica

Elder Thaddeus of Vitovnica was one of the most renowned spiritual guides of Serbia in the twentieth century. As a novice he lived in obedience to Elder Ambrose of Miljkovo Monastery, a disciple of the Optina Elders. From him Fr. Thaddeus learned the Prayer of the Heart and the selfless love that came to characterize his whole ministry to the suffering Serbian people.

Born in 1914, Elder Thaddeus lived through all the suffering endured by Serbia in the twentieth century. Over the course of two World Wars, during the Communist takeover, and through the nato bombings of 1999, he co-suffered with his people. He taught, counseled, and prayed for all who came to him in pain and sorrow. His words of love and hope provided spiritual balm for people from all classes of society.

In 2002 Elder Thaddeus reposed, leaving behind a large collection of his teachings, preserved by his faithful spiritual children. His life, teachings, and spiritual conversations are here presented for the first time in English.

Part One: The Life of Elder Thaddeus

On Serving God and Neighbour

On the Fallen World

On the Spiritual Realm

A Homily on the Dormition of the Mother of God

Repentance Is a Change of Life