In Memory
​of the Rt. Rev. Archimandrite Elias BItar 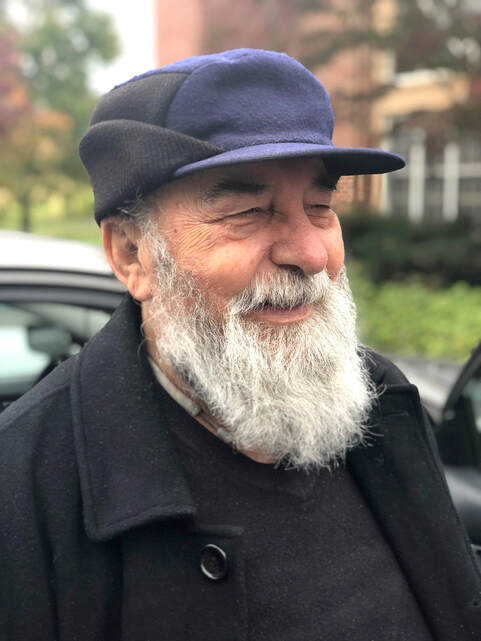 On May 21 of this year, only minutes after learning of the sudden repose of a dear friend and expressing concern for his widow – our beloved Fr. Elias reposed in the Lord. Holding and supporting him at that moment was Fr. Madai of Holy Spirit Monastery, who had cared for Fr. Elias day and night during the last months of his earthly sojourn. Soon after, Abbot Christophoros of Holy Spirit Monastery served a Memorial Service for Fr. Elias in his Cell as he lay there, accompanied by the Sisters, many of whom had also helped Fr. Elias as he navigated the many difficulties of disability and chronic illness.

Following preparations at the funeral home, Fr. Elias returned to St. Nina’s just as the Great Doxology was beginning, before the Divine Liturgy. And for three days afterward, Fr. Elias lay peacefully in St. Nina’s Church, arrayed in white vestments and his Archimandrite’s koukouli, Cross and Gospel in hand. He was in Christ’s Church, to which he had dedicated his life, surrounded by the prayers and sacred melodies which he had loved and which he had shared and taught to others over decades. His unforgettable voice had gone suddenly silent, and yet his presence in the Church those days was a song and a sermon in itself.

On May 25, priests from the Antiochian Archdiocese joined Monastery and Georgian clergy for Fr. Elias’ Funeral, presided over by our Bishop +SABA. Though we had to limit attendance due to the pandemic, some of Fr. Elias’ closest family and friends gathered together around his body, while many thousands connected to the live stream broadcast of the Service or watched the recording afterwards. Fr. Elias’ repose and Funeral were just in time to finish out the Paschal liturgical season, reminding us in many languages that “Christ is Risen from the dead,” and filling everything with the joy of the Resurrection.

Fr. Elias was laid to rest here at St. Nina’s next to his Khourieh Joanne. After his repose, as during his earthly life, Fr. Elias continues to bring people together. The number of those he baptized alone is in the thousands. The number of those whose names he remembered and prayed for, unknown to all but him and God. His contributions to Byzantine Chant and the use of English in Church are inestimable and bear more fruit each year. Most of all, it is his love that, being in and for Christ, can never die, and which, along with his voice, echoes in our hearts and in eternity!